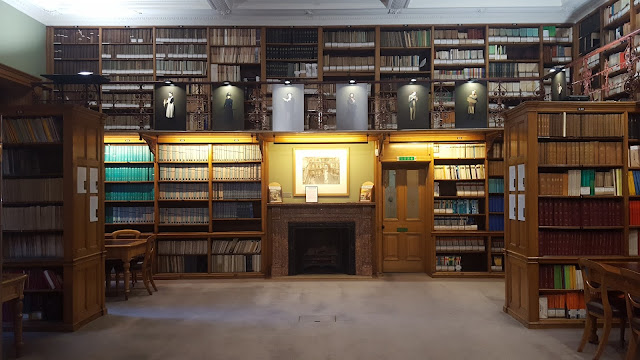 Dr Tori Herridge is a palaeobiologist specialising in researching extinct dwarf elephants. When I met Tori in 2012 I was very impressed by her ability to communicate her research with passion and glad to see her subsequently feature in several TV science programmes. Tori went on to co-found Trowelblazers with three friends, using social media to raise the profile of previous generations of female scientists. Using crowd sourcing they have pieced together an online database to ensure that the contributions of these women scientists are recorded and it is humbling to realise how many have been prevented from getting the recognition they deserved. 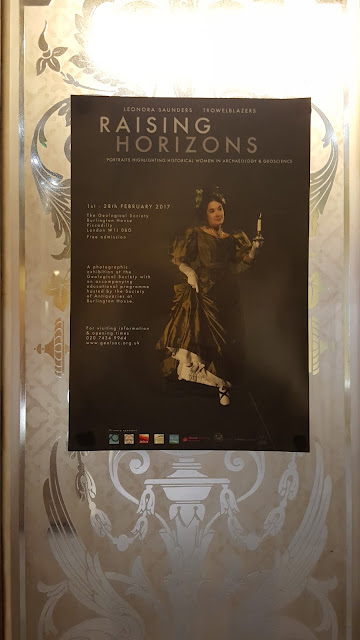 Last week I visited the first Trowelblazers exhibition Raising Horizons which was hosted by the Geological Society in Burlington House and loved the clever collaboration with a portrait photographer. Stunning images of representatives of the current generation of female scientists dressed as one of their predecessors looked down over the staid library of the Geological Society. The labels describing the portraits were fascinating, giving details of both the historic and contemporary scientist. The picture below describes Dr Rachel Bynoe dressed as Honor Frost, a pioneer of underwater archaeology, and this was of particular interest to me because when I worked in the British Academy I was close to the office of the Honor Frost Foundation. 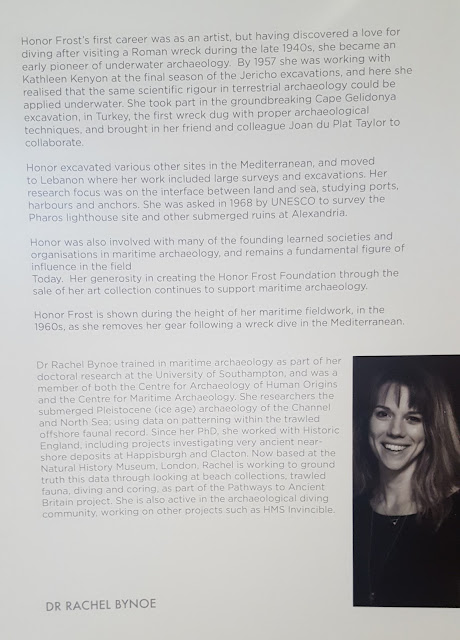 I have worked as administrator for several remarkable women scientists: archaeologists, geologists and palaeogeographers. I have seen how committed they are to their research despite the challenges that they face in a working environment that is still male dominated. I am grateful to Trowelblazers for acting as advocates for these women and for the generations of women scientists whose work was unrecognised or attributed to male colleagues.
Posted by alice c at 00:01