It came to pass on a wet and and windy Sunday morning that MrsM insisted that MrM and MissM accompany her on a Geological Adventure and they all drove to Sandymouth beach. 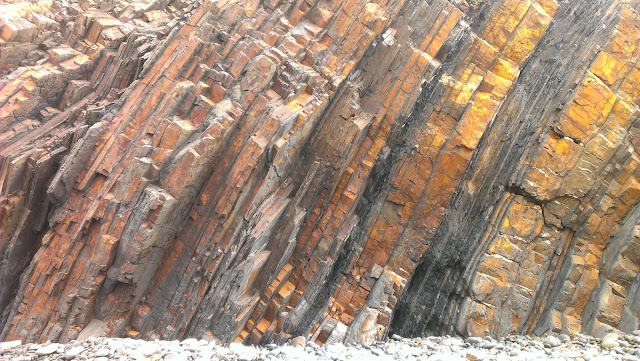 MrsM waved her arms grandiloquently in the general direction of the cliffs and pronounced them mostly sandstone from the Upper Carboniferous ~310 mya which is Langsettian (Westphalian A) to Bolsovian (Westphalian C) in age. Or some such combination of the incomprehensible words that she had recently read on the internet. 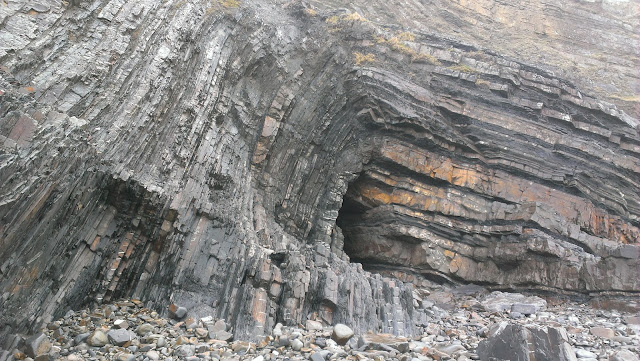 MissM didn't mind too much because she likes walking along the beach and paddling in the sea even if it is wet and windy but MrM thought longingly of his Sunday papers and trudged along behind them like an elderly dog who has been dragged away from the fireside. In the end MrsM agreed that she had absorbed as much Geology as she could cope with and they all repaired to the cafe for hot drinks. 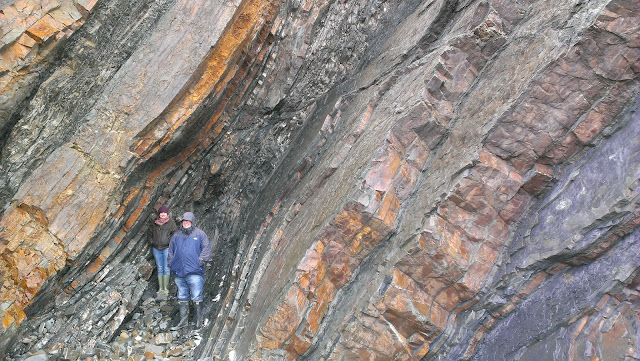