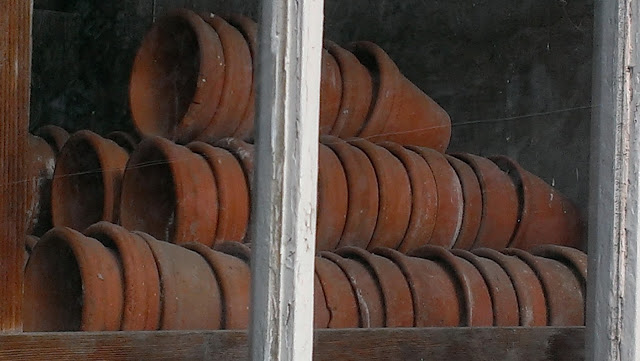 We did find the secateurs in the end. We also found my favourite mug which had decided to go feral. But not until MrM had sifted all the recycling and raked up all the leaves. Unfortunately, the secateurs were in the bag of bulbs-yet-to-be-planted so not only did I have to explain the uncomfortable reappearance of the secateurs in the kitchen but also the unplantedness of the bulbs. It was all rather awkward until I remembered that I had a degree in Botany and started discoursing on vernalisation, the problem of this unusually mild autumn and my concern that planting the tulips too early might be problematical. Then I made MrM an extremely delicious supper in a craven attempt to get back in his good books.
Posted by alice c at 19:43